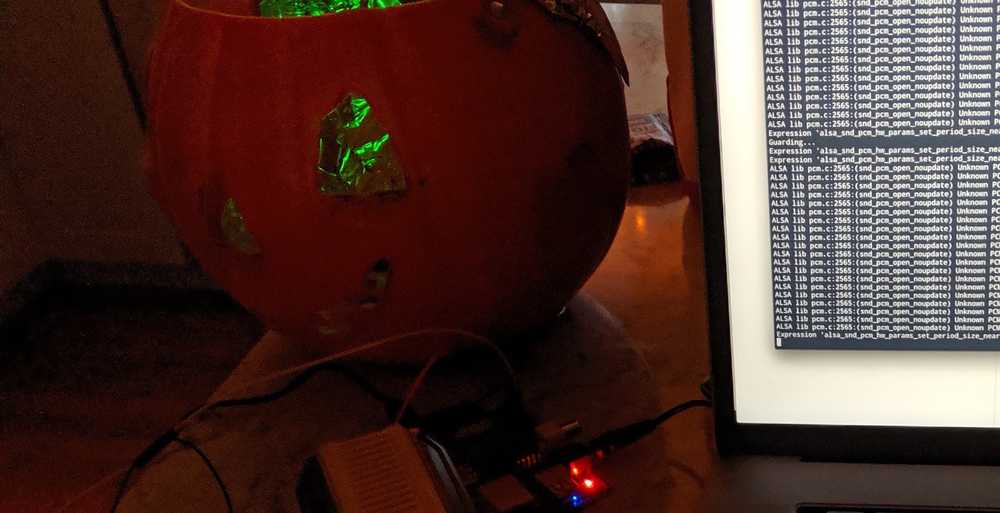 My oldest is 7 and my youngest is 3. When we're in the car, my oldest asks me precisely 529,214,634 questions. Halloween had just passed and one day, while driving, we had a conversation that went something like this:

I love it. He's inquisitive and creative. We talked some more and narrowed down the requirements with an understanding that "we'll keep working on it and improve it each year".

We had a Raspberry PI sitting around so we hooked that up and threw Python 3 on it. This was an old Model B, so the old 26 pin style. We could have done this with an Adruino, but we wanted to time-box the project and figured that playing sound through the RPI would be easier than working with the Arduino.

We had a couple options for sensors. Initially we were thinking of using a trip laser similar to those used in many home security setups. But, we weren't convinced on the cost for distance. Plus, our house has a couple ways to get to the door. So, we wanted something that would almost scan a 180 degree area.

So, we landed on a PIR sensor like the ones you see on automatic lights.

We had a number of spare LEDs and resistors so we didn't need to get any.

We didn't have a bluetooth connector for the Raspberry PI so we just used an aux coord to connect to a speaker.

We started this process off with a plastic pumpkin. Being the adult, I carved out the eyes, nose, and mouth- we wanted to light to shine through the face and not just the top. 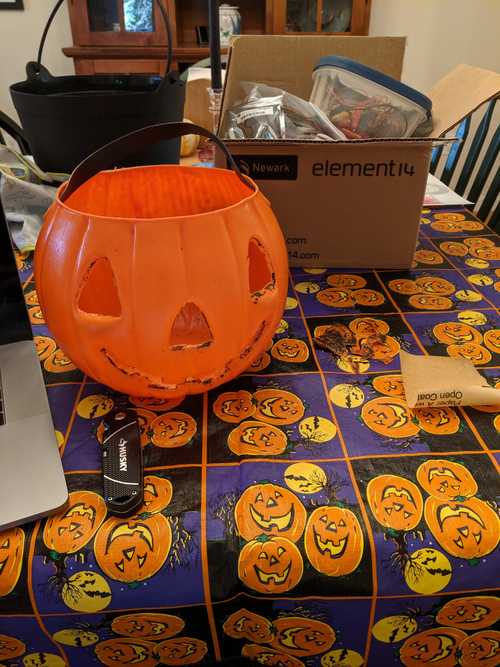 Once we had that done and the sharper edges sanded down, we needed to make the circuit for the LED. LED circuits are pretty straight forward and pretty straight forward to explain as far as circuits go. Evil Mad Scientist already has a great explanation of how to determine the resistance needed for a circuit with an LED so check that out if you're curious. In our case, we needed a 60 OHM resistor. We ended up with 4 resisters in a series to get the resistance we needed (in a series like this, the resistance is cumulative). This should give us the maximum brightness without messing up the PI. 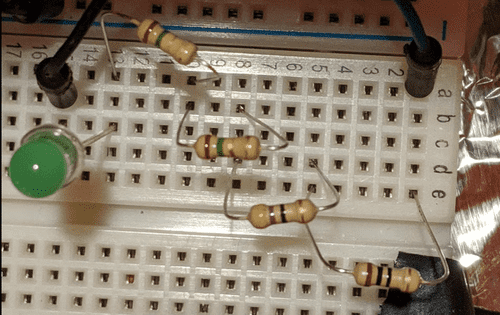 Once we had the circuit put together, we needed to add some code:

This allowed our LED to blink on and off. Declan really had fun putting this circuit together and 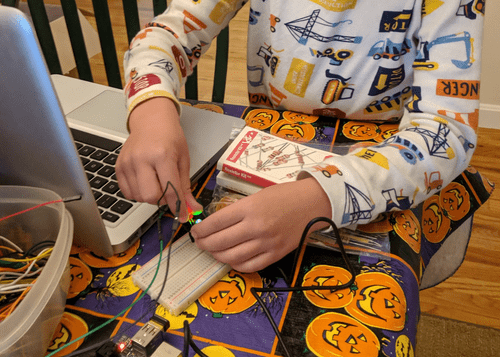 From there we needed to hook up the PIR sensor as a trigger for the LED.

The PIR has 3 wires. The first is the power/positive, then signal, and last ground. We connected the positive to pin 2 which is a 5V power source. This is necessary because the PIR produces a 5V output when it detects "someone". We connected the signal wire to pin 11. We connected the ground to the same ground as the LED circuit. 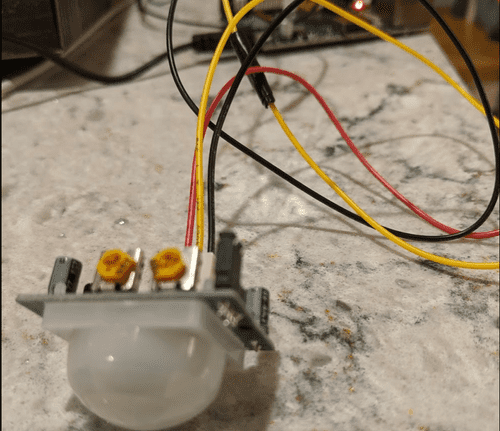 And, once again, we needed some code. This time to listen for input from the sensor through the signal wire.

At this point we had essentials, the LED turning on by the PIR. Next we needed to connect the speaker, and control the flashing of the LED. This was mostly code, and a bit of installation in raspbian. The speaker connected to the RPI using the AUX port. We threw together a WAV file with "Happy Halloween" and a laugh on it that we mucked around with in Audacity. The last requirement was playing this sound. We ended up with this code that allowed us to both control the volume output by the RPI and stream the contents of the file over the speaker.

And the final product? You can see for yourself. 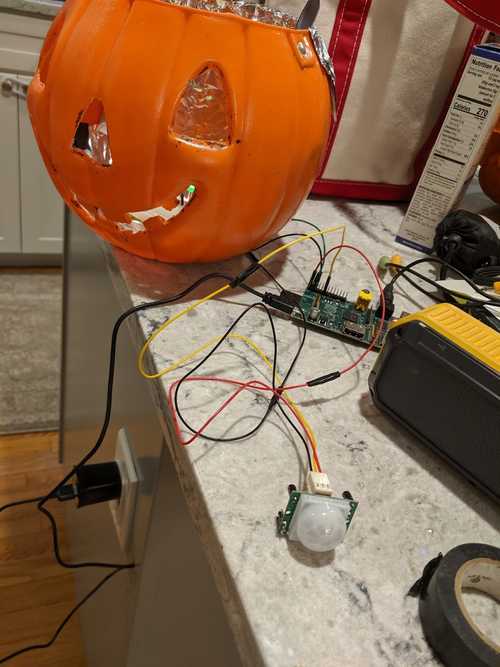 We used some additional resources to help us with the project. Here's a list of them:

Maybe you'll find this useful. It was a great starter project for my oldest and for the past few weeks since working on it he's been coming up with new ideas to add to next years version. Stay tuned. 😃